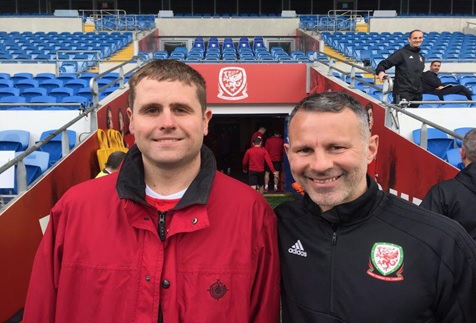 Alex has lived in his supported accommodation for 13 years. He is a keen sportsman and attends the local gym four nights a week. Alex supports Cardiff City and has a season card attending every home and away game whenever possible.

He is a well-known face at the stadium due to the support he shows for the team.

During an international game for Wales in March 2019 he was invited to meet both Ryan Giggs and Gareth Bale.

This was not a first for Alex as meeting Gareth Bale at an earlier date gave him a signed shirt that is proudly displayed on Alex's bedroom wall.